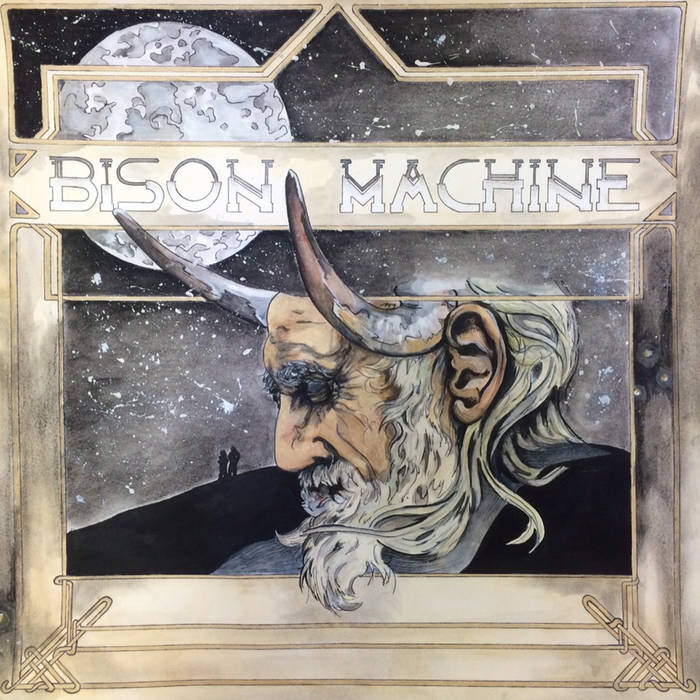 zzzptm Starts out like a big truck and rolls on triumphantly and confidently. Favorite track: Cosmic Ark.

Crank this shit up to 11 ! Favorite track: Gamekeeper's Thumb.

Ash-covered Ghoul It is too easy to call Bison Machine the second coming of Zeppelin or some such, but though the family resemblance is unmistakable it is unfair to reduce the efforts of one band to those of a forebear. This album definitely calls back to life the spirit of hard rock from days past, but it stands on its own two feet as a skillful work, all the better for its evocation of a fantastical landscape and atmosphere, doom-laden and misty but not overwhelmingly somber or heavy. There's also a touch of the psychedelic, here, but as if the colors are icy and earthy rather than bright gem-tones. Favorite track: Old Moon.
more...

Mastered by Carl Saff
at Saff Mastering in Chicago, IL

Self-Released Vinyl version out now as well as a German pressing through Bilocation Records in Berlin.

Bandcamp Daily  your guide to the world of Bandcamp

MF DOOM is given his flowers, plus appearances from MC Jada Imani and Stanley Ipkuss